Robert Hamilton Boyle Jr. was born in Brooklyn, New York on August 21, 1928. He received a bachelor's degree in history in 1949 from Trinity College and a master's degree in history and international affairs from Yale University. During the Korean War, he served as a second lieutenant in the Marines with the Atlantic fleet. He became a writer for United Press, and joined Time Inc. in 1954. He helped found the Fishermen's Association in 1966, which evolved into Riverkeeper in 1983. He left the organization in 2000. He also wrote for Sports Illustrated. He wrote several books including Sport, Mirror of American Life; The Hudson River: A Natural and Unnatural History; The Water Hustlers written with John Graves and T. H. Watkins; At the Top of Their Game: Profiles from Sports Illustrated of Remarkable Sportsmen and Experts, Champions and Men of Gusto; Acid Rain written with Alexander Boyle; and Dapping: The Exciting Way of Fishing Flies That Fly, Quiver and Jump. He died from cancer on May 19, 2017 at the age of 88. 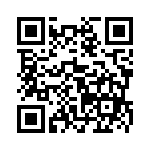