It was OK. The first couple of chapters before Lou joined IBM were interesting. Once he joined the book just skimmed the surface of both IBM issues and his thought process. It focused mostly on his ... Read full review

Full disclosure: I was first hired into IBM in 1996 right after grad school and while Gerstner was in charge. I was pretty low in the organization and never really saw the real IBM. I left in 1998. I ... Read full review

Lou Gerstner, Jr., served as chairman and chief executive officer of IBM from April 1993 until March 2002, when he retired as CEO. He remained chairman of the board through the end of 2002. Before joining IBM, Mr. Gerstner served for four years as chairman and CEO of RJR Nabisco, Inc. This was preceded by an eleven-year career at the American Express Company, where he was president of the parent company and chairman and CEO of its largest subsidiary. Prior to that, Mr. Gerstner was a director of the management consulting firm of McKinsey & Co., Inc. He received a bachelor's degree in engineering from Dartmouth College and an MBA from Harvard Business School. 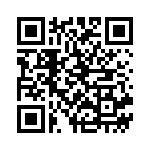