Armando José Prats is Professor of English at the University of Kentucky. He is the author of The Autonomous Image: Cinematic Narration and Humanism. 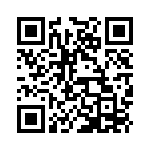