Only decades of experience allow the compilation of such a guide for engineers - the author, Donald R. Woods, possesses them. He is a highly renowned Professor Emeritus and recognized expert from McMaster University, Canada, having received two honorary doctoral degrees in this field as well as being one of the 20 persons which received the Century of Achievement Award for major contributions to the science and engineering of Canada in the 20th century. 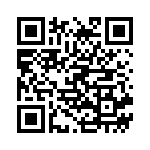