Daryl Hine was born in 1936 in British Columbia. He read Classics and Philosophy at McGill University before going, with the aid of several grants, to live in Paris. In 1962 he went to the United States and in 1967 took a Ph.D. in Comparative Literature at the University of Chicago, where he subsequently taught. He later gave courses at Northwestern University and at the University of Illinois (Chicago). From 1968 to 1978 he edited Poetry magazine. He has published ten collections of 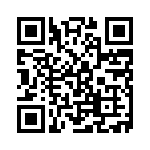