Paul Wilkin is Lilioid and Alismatid Monocots and Ferns Team Leader in the Herbarium, Library, Art and Archives Directorate of the Royal Botanic Gardens, Kew. His main research foci are systematics of Dioscoreales (yams and their allies) and Dracaenoids (dragon trees and mother-in-law's tongues), lilioid monocots widely used in human diet and horticulture, with taxa of high conservation and ecological importance. He is principal investigator of the eMonocot biodiversity informatics project.

Simon J. Mayo is an Honorary Research Associate at the Royal Botanic Gardens, Kew. Since 1977 he has worked on the systematics and phylogeny of the Araceae, the largest plant family of the early divergent clades in monocots. He has been active in postgraduate teaching in Brazilian universities since 1988, focussing on monocot families and especially the Araceae. 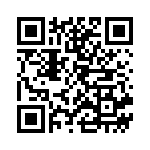