Colleen McDannell is Sterling M. McMurrin Professor of Religious Studies and Professor of History at the University of Utah. She is the author of Material Christianity: Religion and Popular Culture in America and The Christian Home in Victorian America: 1840-1900 and a coauthor of Heaven: A History. 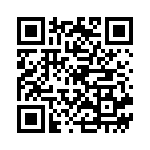