Page 237
The Narcotics Bureau , unlike the FBI , which tends to look down its nose at it ,
does not depend on the informant system for much of its intelligence but regularly
engages its agents in dangerous undercover work ; they are , as a result , a ...
Page 241
He don't say what for , it was a loan , and he says , “ You know , we will look good
with the old man if we take it off the top and pay the debt for him . " Then he says
that he has brought in some other guys so they can make some money , and he ...
Page
photo by DICK RICHARDs Peter MAAs is widely known as the author of almost
100 articles—profiles, muckraking, exposťs, and political reportage—in such
magazines as Look, Esquire, Saturday Evening Post, and New York Magazine. 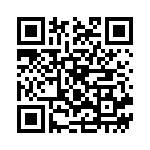