Great insights into a complicated (and often overlooked) reality of ethnicity in Soviet society and the interesting policy that was attendant upon it.

Terry Martin is Associate Professor of History at Harvard University. 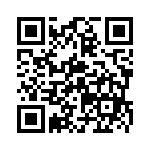