Page 136
Trustworthiness , not simply trust , is the key ingredient . In a society of fallible
humans , what kind of assurance can each of us have in the good faith of others ?
A legal system , complete with courts and law enforcement , provides one strong
...
Page 137
In that sense , honesty , civic engagement , and social trust are mutually
reinforcing . " In short , people who trust others are all - round good citizens , and
those more engaged in community life are both more trusting and more
trustworthy .
Page 466
The Collapse and Revival of American Community Robert D. Putnam, Peter and
Isabel Malkin Professor of Public Policy Robert D Putnam Simon & Schuster. 16.
Across individuals , across countries , and across time , social and political trust ...

Amazing use of archival data and formal US survey information. I read the edition published in 2000; I wish it were being updates for 2020. Very timely issues about civic engagement. Read full review

Probably the last of the older titles that has been on my reading list too long. Though it is dated in some ways, I was glad to finally get through this one and understand why so many planners have ... Read full review

Robert D. Putnam is the Peter and Isabel Malkin Professor of Public Policy at Harvard University. He is the author of six previous books, and his articles have appeared in The New York Times, The Washington Post, The American Prospect, and other publications. He lives in Lexington, Massachusetts, and Jaffrey, New Hampshire.

To find out more about Bowling Alone and ways to help rebuild our nation's social capital, visit the author's Web site at www.BowlingAlone.com. 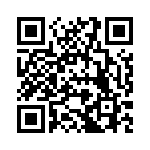