Page 34
The harmonica plays for four measures at the song ' s opening , after the four -
measure instrumental introduction and before the words ; then it does not
reappear until after all five sung stanzas . There , while the rest of the band plays
through ...
Page 47
Besides the usual bass , other guitars , drums , and piano , musicians play violin ,
mandolin , bells , congas , and a bellzouki ( presumably invented by Vincent Bell
, who plays it ) . Dylan shares vocals on Desire with two men and two women ...
Page 119
plays a chord twice , then takes a brief step upward to play a higher chord twice .
It descends three solemn steps , then , but is interrupted by two sharp drumbeats
and then Ferry ' s slow , deliberate , carefully articulating voice . During the first ... 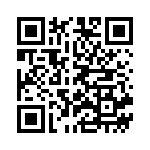