The first 400 pages would have earned 5 stars. It was complex, interesting, and fast paced with unique well-drawn characters and I read most of the book in about two sittings (one was on a plane ... Read full review

I'm probably one of the few people who didn't really love this book. I tend to be suspicious of novels that shoot to the top of the charts, but I finally broke down and read it. It's one of the ... Read full review

Stieg Larsson (1954-2004) was the Editor-in-Chief of the magazine Expo from 1999, and had previously worked at a major news agency for many years. He was one of the world’s leading experts on anti-democratic, right-wing extremist and Nazi organisations, and he was often consulted on that account. He passed away suddenly and unexpectedly in November 2004, some time before the publication of his debut crime novel and first part of the Millennium Trilogy. 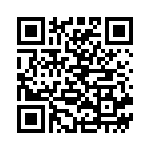