T. F. Rigelhof is a contributing reviewer to the Books section at The Globe and Mail and was recently used as the intellectual pin-up for the new book section at the National Post.His essay on religion in Canada at the end of the millennium, A Blue Boy in a Black Dress: A Memoir, won the QSPELL/Royal Bank of Canada Award for Non-Fiction in 1996 and was also nominated for the Governor General's Award. His critically acclaimed short stories of contemporary life i 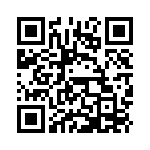