Alan Kane was born in Banff, Alberta, and grew up in Golden, British Columbia. In 1991 RMB published his original Scrambles in the Canadian Rockies guidebook, which to this day is almost solely responsible for the widespread popularity of non-technical mountain ascents, or scrambles, out West. When he isn't hiking or scrambling, Alan may be found wandering along streams pursuing his other passion, fly-fishing. Alan is married to his very tolerant wife, Diana, and lives in Calgary, Alberta. 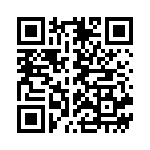