Page 29
The late Salvatore Lucania , also known as Lucky Luciano , one of the chief architects of the modern Cosa Nostra . + Such aliases are common in the Cosa Nostra . Lucchese , now dead , acquired his in 1915 when he lost his right index ...
Page 45
As for all the members of the Cosa Nostra he personally singled out , Valachi first had to identify them from photographs either by name or by a known alias . By now he also had expressed a willingness to testify in public .
Page 104
133 of the both Squad , New York Police Department , notes that at about 3:30 P.M. on April 15 , 1931 , Giuseppe Masseria , also known as Joe the Boss , last known residence , 65 Second Avenue , New York City , while sitting in a ... 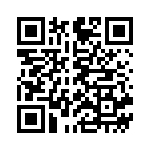