Peter S. Grant was born on November 26, 1941, and grew up in Kapuskasing, Ontario. He enrolled in Victoria College at the University of Toronto, and in addition to studying political science and economics – and later law – he spent two summers in the ‘Arrangers Workshop’ at the prestigious Eastman School of Music in Rochester, New York.

After being called to the bar in 1969, Grant joined McCarthy & McCarthy, currently McCarthy Tétrault, one of Canada’s largest law firms. Grant has since been instrumental in establishing the field of communications law in Canada, working as and Special Counsel to the CRTC, consulting for UNESCO, and acting as the Broadcasting Arbitrator for Canada. He is the author of numerous articles and publications, including the Canadian Broadcasting Regulatory Handbook as well as Blockbusters and Trade Wars: Popular Culture in a Globalized World, co-authored with Chris Wood. He currently sits as Counsel at McCarthy Tétrault, and as Adjunct Professor at the University of Toronto and York University. He lives in Toronto. 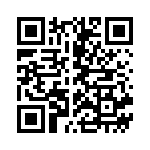