William Wilberforce (1759-1833) was an English politician and a leader of the movement to abolish the slave trade. At the age of 26 he underwent a conversion experience and became an evangelical Christian, which resulted in a lifelong concern for reform. He headed the parliamentary campaign against the British slave trade for many years until the passage of the Slave Trade Act of 1807, which abolished the slave trade in the British Empire but did not abolish slavery itself. In later years, Wilberforce supported the campaign for the complete abolition of slavery. He died shortly after the Slavery Abolition Act of 1833 passed through the House of Commons, freeing all slaves in the British Empire. He was buried in Westminster Abbey. 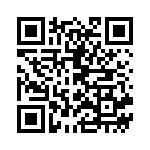