Page 5
Occupancy space is the land for housing , commercial activity , transportation ,
and pollution dissipation . Suppose also that for adequate nourishment each
person requires two units of land for food production . In this simple example , no
...
Page 6
Food ratio 4 5 2 3 Agricultural land units / person Figure 1 - 3 Food ratio (
adequacy ) as it depends on agricultural land units per person . Figure 1 - 3
presents an assumption about how the food per person is related to the
agricultural land per ...
Page 48
The more people , the more space occupied ; and the more occupied space , the
less agricultural land is left . Occupancy seems often to use the best land , and so
the allotment of land of lower quality for food growing will increase the effect of ... 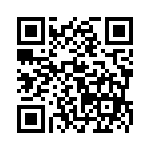