Had he been born 200 years earlier, author Kris Kyzer would likely have amassed an army of merciless mercenaries, taken over a small country, and established his own Brutus Nation. There, he would have dispensed all manner of pleasures to his subjects - and all sorts of cruelty to the enemies of his realm. But we live in different times so instead of all that jazz he writes books filled with ruthless hitmen, debased politicians, predatory moneymen, unhinged kingpins, unscrupulous cops - all chasing grand schemes and warped dreams in the slime and grime of the Athenian Union. Plus humor. You gotta have humor. 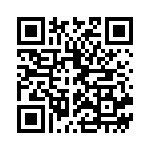