58 other sections not shown

Paustovsky's first story was published in 1912. Over the years, he developed into an extremely fine stylist and was nominated for the Nobel Prize in 1965. He wrote many tales, novels, and plays and managed to escape being totally bound by the straightjacket of socialist realism even during the Stalin era. Black Gulf (1932), for example, which deals with the theme of industrialization, is an adventure novel. He is especially known for his short stories, in which a sharp eye for detail combines with depictions of protagonists who escape from reality into dreams. A Story of a Life (1947--60), his reminiscences of more than 50 years, is often considered his best work and contains a great deal of interesting material. Paustovsky was very popular during the post-Stalin period and had a great impact on younger writers. In 1966 he made an appeal for the newly convicted Daniel and Andrei Sinyavsky, an action that won him widespread admiration within the Russian intelligentsia. 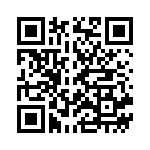