Page 81
... movements abroad, and extending a state's influence over foreign political
movements. The various forms of subversion and reasons for the burgeoning of
sub rosa forms of competition will be examined in more detail in Chapter XI.
Page 396
In many civilizations, one can find legal or religious principles which established
routines to handle (1) communications between the political units (various forms
of diplomatic immunity, for example) (2) commercial transactions, (3) conduct of ...
Page 498
... Neville, 435 Charles V, 129 Charter of Bogotá, 342 China: Chou dynasty
international system, 29–42 attached states, 32, 37 boundaries, 30 forms of
diplomacy, 38 forms of interaction, 37–40 leagues of states, 35–36 legal
restraints, 40–41, ... 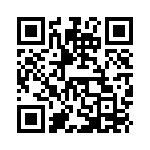