Jonathan E. Brockopp is Associate Professor of History and Religious Studies at Pennsylvania State University. A specialist on early Islamic legal texts, he has written widely on Islamic law, ethics, and comparative religions. His books include Early Mālikī Law: Ibn Abd al-Hakam and his Major Compendium of Jurisprudence (2000), Judaism and Islam in Practice: A Sourcebook (2000, co-authored with Jacob Neusner and Tamara Sonn), and two edited volumes on Islamic ethics. His article 'Theorizing Charismatic Authority in Early Islamic Law' (2005) advances a new theory for understanding the role of Muhammad in Islamic history. 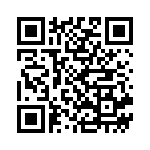