Page 5
Further insight into the state of American society can be derived by the following
simple exercise : compare the attention focused on the Watergate episodes by
the mass media , including the liberal press and journals of opinion , with the ...
Page 9
These programs , also initiated under liberal Democratic administrations , had as
their purpose “ to expose , disrupt , misdirect , discredit , or otherwise neutralize
the activities of black nationalist , hate - type organizations and groupings , their ...
Page 20
In later years as well Senate liberals were responsible for some of the most
repressive legislation . ... Even the liberal press generally continued , to the end ,
to describe the war as a conflict between North and South Vietnam , hewing
close to ... 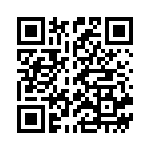