Stanley Eugene Fish, who writes on law and literary criticism and history, was born on April 19, 1938, in Providence, Rhode Island. He was educated at the University of Pennsylvania and Yale University. Fish holds a Ph.D. from Yale. During his career, he has held major academic posts, serving as Kenan Professor of English at Johns Hopkins University from 1974 to 1985 and as Arts and Sciences Distinguished Professor of English and Law at Duke University since 1985. He is known for his expertise in English literature and literary theory, particularly the subjectivity of textual interpretation. Fish's works include Is There a Text in This Class?: The Authority of Interpretative Communities, 1980 and Doing What Comes Naturally: Change, Rhetoric, and the Practice of Theory in Literary and Legal Studies, 1989. He received a Guggenheim fellowship in 1969. 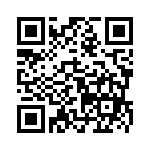