Michael Allen obtained his first degree, and doctorate, in Chemistry at the University of Oxford. After post-doctoral positions at UCLA and Oxford, he was, in 1985, appointed Lecturer, then Reader, and finally Professor in Physics at the University of Bristol. In 2001 he became founding Director of
the Centre for Scientific Computing in Warwick, where he stayed in Physics until retirement in 2014.

Allen was awarded an Alexander von Humboldt Foundation Forschungspreis in 1999, visiting Mainz (University and MPI for Polymer Research). He received the 2015 Lennard-Jones award and lectureship from the Royal Society of Chemistry Statistical Mechanics and Thermodynamics Group, and the
Thermodynamics Conference series.

Dominic Tildesley obtained his first degree at the University of Southampton, and his doctorate in Chemistry at the University of Oxford. After post-doctoral positions at Penn State and Cornell, he was appointed Lecturer, then Reader, and Professor in Chemistry at the University of Southampton. In
1998 he became Head of Physical Sciences at Unilever Research and Development, Port Sunlight and in 2004, Chief Scientist of the Home and Personal Care Division. In 2013, he was appointed as Director of the Centre Europeen de Calcul Atomique et Moleculaire at the EPFL in Switzerland. Tildesley was
awarded the Marlow and Tilden medals of the Royal Society of Chemistry and a CBE for services to science, technology and business. 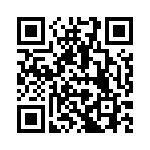