Page 211
dence and identity which resulted in the decline of India's special position in the
Kingdom. III There were some obvious reasons which led to the partial failure of
India's diplomatic efforts in Nepal. In the first place, there was some sort of ...
Page 212
might be diffused by continuing the system in the Kingdom. He. therefore, soon
did away with the system and took all the powers in his hand. India, after a half-
hearted support to the Nepalese insurgents, failed to pressurise the King to
retrace ...
Page 244
Hagen, Toni : Nepal : The Kingdom in the Himalayas, Burma, Kummuly and Frey,
1961. Holsti, K. J. : International Politics: A Framework for Analysis, Prentice Hall,
1967. Husain, Asad : British India's Relations with the Kingdom of Nepal, ... 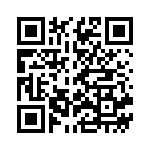