Honestly, I'm floored that this was done through wood engravings. The time and effort that must have gone into every single page -- it's just incredible. Read full review

Megan Speers was born in Sault Ste. Marie, Ontario in 1986 and lived there in a subcultural mix of punks, modern-day hippies, travellers, and anarchists until she was seventeen. Her mother was a cabinetmaker and woodworker, which led Megan to a profound appreciation of wood and handcrafted items -- a big part of the reason she chose to `write' Wanderlust in wood engraving rather than the less demanding linocut. Shortly before she turned eighteen, Megan moved to Toronto to enrol at the Ontario College of Art and Design. She graduated in June, 2009 after studying Printmaking, with a focus on bookbinding and book arts, and English. In her final year at OCAD Megan was the recipient of the Bill Poole Memorial Award (for book arts) and the Diana Myers Book Award. 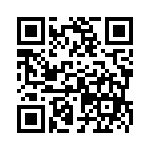