My research interests lie broadly within the field of visual culture. I'm interested in visuality as a kind of practice, done by human subjects in collaboration with different kinds of objects and technologies. Monica Degen, Clare Melhuish and I are starting a new ESRC-funded project in autumn 2011. Architectural atmospheres, branding and the social: the role of digital visualizing technologies in contemporary architectural practice is a two-year ethnographic study of how digital visualizing technologies are being used by architects in two large studios in London, both as part of their design process but also as a way of taking their designs through the planning process. Other work is extending my interest in subjectivities, space and visual practices by exploring experiences of designed urban spaces. I have completed the ESRC-funded project Urban aesthetics: a comparison of experiences in Milton Keynes and Bedford town centres (ESRC grant number RES-062-23-0223) with Dr Monica Degen at Brunel University, in which we compared how people experienced two rather different town centres: Milton Keynes and Bedford. Find more information about the project on the Urban Experience website. The long-term project Doing Family Photography: The Domestic, The Public and The Politics of Sentiment resulted in a book from Ashgate Press in 2010. I've approached family snaps by thinking of them as objects embedded in a wide range of practices. I've been interviewing women with young children about their photos for a long time, and more recently I've looked at the politics and ethics of family snaps moving into more public arenas of display when the people they picture are the victims of violence. The book explores the different 'politics of sentiment' in which family snaps participate in both their domestic spaces in the public space of the contemporary mass media. I'm also interested in more innovative ways to produce social science research, especially using visual materials. I was involved in organising the ESRC Seminar Series 'Visual Dialogues: New Agendas in Inequalities Research' (2010-2012). Please visit the Visual Dialogues project website for more details. I'm a member of the OpenSpace Research Centre. 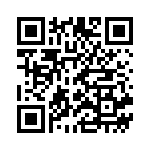