George Johnston was born in Hamilton, Ontario, on October 7, 1913. Johnston knew early on that he wanted to be a writer, and published early poems (often comic-satiric), as well as newspaper columns, film reviews and plays, during his years at the University of Toronto’s Victoria College, where he studied philosophy and English.

When war was declared, he joined the RCAF and served four and a half years, including thirteen months as a reconnaissance pilot in West Africa. He returned to Canada in 1944, married Jeanne McRae, and completed his MA at the University of Toronto. In between, he taught two years (1947-49) at Mount Allison University, and in 1950, having found teaching to his liking, accepted a post at Ottawa’s Carleton University where, for twenty-nine years, he was a charismatic and much-loved professor of Old and Middle English and Old Norse. His first book of poems, The Cruising Auk, written during the war, was not published until 1959, when he was forty-six.

Sabbatical years were decisive in Johnston’s life. During his first, 1956-57 at Dorking in Surrey, he met Peter Foote of the University of London, who taught him Old Norse, and began translating The Saga of Gisli in collaboration with him. A second sabbatical, in 1967-68, was spent in Denmark and included the discovery of modern Faroese poetry and the first of four visits the Johnstons made to the Faroe Islands. A last sabbatical, 1974-75, spent mostly in Gloucester, England, included a three-week visit to Iceland.

After The Cruising Auk, Johnston published four more poetry collections before the appearance of Endeared by Dark, his Collected Poems, in 1990. A man whose diverse interests included calligraphy, bell-ringing, wine-making and beekeeping, who kept up a wide correspondence and enjoyed reading the classics aloud with his wife, Johnston retired from Carleton in 1979. He died in August of 2004.

Robyn Sarah was born in New York City to Canadian parents, and has lived for most of her life in Montréal. A graduate of McGill University (where she majored in philosophy and English) and of Québec’s Conservatoire de Musique et d’Art Dramatique, she is the author of seven poetry collections and one previous collection of short stories, A Nice Gazebo, published by Véhicule in 1992. The same year, Anansi published The Touchstone: Poems New and Selected, a collection of her poetry spanning twenty years. Robyn Sarah has also recently published a collection of her essays on poetry, entitled Little Eurekas. 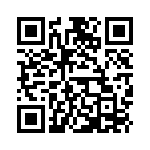