Xavier Belles is Research Professor of the Spanish National Research Council (CSIC). He has been founder (2008) and first director (2008-2016) of the Institute of Evolutionary Biology (CSIC-Pompeu Fabra University), in Barcelona, where he still works. For more than 30 years, he has been studying the evolution of insect metamorphosis. He introduced the cockroach model in metamorphosis research, were he particularly investigated the molecular action of juvenile hormone and the role of microRNAs. He is the proponent of the MEKRE93 pathway, as the universal axis that regulates metamorphosis in insects, and the Broad-complex hypothesis, which explains its evolution. Prolific author, Xavier Belles has published 318 scientific papers and 11 books, and has been awarded the Maurice and Therese Pic Prize (Entomological Society of France, 1985), Scientific Literature Prize (Catalan Foundation for Research, 2003), House of Sciences Award (A Coruńa Town Hall, 2009), Narcís Monturiol Medal (Catalan Government, 2019). He is Honorary Member of the Spanish Society for Evolutionary Biology, and Academician of the Institute for Catalan Studies, the Royal Academy of Exact Physical and Natural Sciences of Spain, and the Royal Academy of Sciences and Arts of Barcelona. 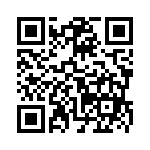