KELLEY ARMSTRONG graduated with a degree in psychology and then studied computer programming. Now, she is a full-time writer and parent, and she lives with her husband and three children in rural Ontario, Canada. Kelley is a #1 New York Times bestselling author of both YA and adult novels, including the Otherworld series and the Rockton novels. 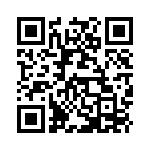