DAVID CESARANI, OBE, was Research Professor in History at Royal Holloway, University of London and the award-winning author of Becoming Eichmann and Major Farran's Hat. He was awarded the OBE for services to Holocaust Education and advising the British government on the establishment of Holocaust Memorial Day. He died in October 2015. 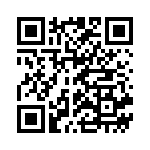