Page 94
12th March 1444 was the sad day when the excisemen caught up with Johann
Gutenberg, the patron saint of printing, and extracted from him the (then) massive
sum of one guilder for the contents of his wine cellar; although he was not a Fleet
...
Page 59
19th March 721BC was the day, or rather night, when one Ancient Babylonian
remarked, "Has someone switched the moon ... 20th March 1865 was when
astronomers celebrated the first revolution of Uranus round the sun since its
discovery, ...
Page 68
26lh March 1780 saw issue Number One of the first Sunday paper, The British
Gazette and Sunday Monitor, which operated on state- of-the-art technology, i.e.,
no colour, no Wapping, no satellite links, no pictures of the Queen Mother, ...

40 other sections not shown 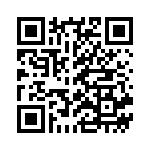