I bought this book a number of years ago when I visited Ardmore Street and it was very informative. There is information in this book that people in the AA an Al-Anon program are unaware of, foundational facts. I highly recommend this book for anyone serious about learning what the early years of the Twelve Step Program was really about. A very good read.

Robert Holbrook Smith (August 8, 1879-November 16, 1950), also known as "Dr. Bob," was an American physician and surgeon who co-founded Alcoholics Anonymous with Bill Wilson, more commonly known as Bill W. Smith was born in Vermont; after graduation from Dartmouth College in 1902, he worked for three years selling hardware in Boston, Chicago, and Montreal but began drinking heavily. He then returned to school to study medicine. He attained his degree but recovery from alcoholism eluded him until he met Bill Wilson on May 13, 1935. Wilson, an alcoholic who had learned how to stay sober by helping other alcoholics through the Oxford Group in New York, helped Smith stop drinking. Smith then invited Wilson to stay at his home. Smith was called the "Prince of Twelfth Steppers" by Wilson because he helped more than 5000 alcoholics before his death. Smith was able to stay sober from June 10, 1935, until his death in 1950 from colon cancer. 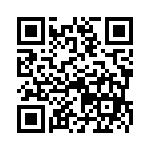