Mark Kristmanson recieved his doctorate in Humanities from Concordia University in Montreal. He has worked widely in the arts in Canada as a writer/director, administrator, and consultant. 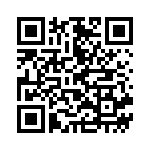