Page
... Baerg , Second Edition How to Know the AQUATIC INSECTS , Lehmkuhl
AQUATIC PLANTS , Prescott BEETLES , Arnett - Downie - Jaques , Second
Edition BUTTERFLIES , Ehrlich FALL FLOWERS , Cuthbert FERNS AND FERN
ALLIES ...
Page 13
This is so that the insects captured may be forced to the bottom and the ring of the
net turned to close the opening and to ... It takes practice to use skillfully an aerial
net , capture a flying insect , and keep it in the net until it is removed for killing .
Page 14
The ordinary fly patterns of insects leads many bees , bugs , moths , butterflies ,
and beetles into the trap . The arrangement of the cloth is such that it leads the
insect up to the peak of the trap into the collecting jar , which may contain alcohol
or ... 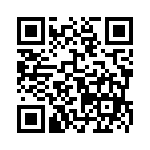