In The Myth of Sisyphus, if you'll excuse the digression, Albert Camus did not set out to prove that life was absurd. Rather, he assumed it, and set himself to the question of how one was to life if ... Read full review

Dangerous lies do not always dress the part. The Fields sisters persuasively argue that race is not a coherent empirical fact, but a concept created via the strange ideological legerdemain they call ... Read full review

Barbara J. Fields is Professor of History at Columbia University, author of Slavery and Freedom on the Middle Ground: Maryland During the Nineteenth Century and coauthor of Free at Last: A Documentary History of Slavery, Freedom, and the Civil War.
KAREN E. FIELDS, an independent scholar, holds degrees from Harvard University, Brandeis University, and the Sorbonne. She is the author of many articles and three published books: Revival and Rebellion in Colonial Central Africa, about millennarianism; Lemon Swamp and Other Places: A Carolina Memoir (with Mamie Garvin Fields), about life in the 20th-century South; and a retranslation of Emile Durkheim s masterpiece, The Elementary Forms of Religious Life. She has two works in progress: Bordeaux s Africa, about the view of slavery from a European port city, and Race Matters in the American Academy. 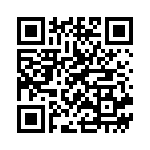