I give this book a five star rating. It's a very powerful & moving tale of our brave men who went to get enlisted to serve their country. for those who don't know the consequences of war this book tells it all.

George H. Cassar, who obtained his Ph.D. from McGill University, is a leading authority on the First World War. He has written many books on the subject, including Kitchener's War: British Strategy from 1914-1916, and Lloyd George at War, 1916-1918. He lives in Ann Arbor, Michigan. 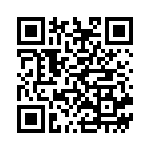