I enjoyed the conversational style of the book. As a pastor's wife who is frequently alone with active boys in the pew, I appreciated the advice from another pastor's wife. I want my children to learn ... Read full review

While the concept of the book is great, it falls short of providing much information that can be applied when dealing with a young child. Read full review

Ruth Bell Graham was born in Qingjiang, Kiangsu, China on June 10, 1920 to medical missionaries. When she was 17-years-old, she returned to the United States to attend Wheaton College in Illinois where she met future Evangelist Billy Graham. They married on August 13, 1943. Though married to a famous Baptist minister, she remained a Presbyterian and often taught Sunday school classes. She wrote her first book, Our Christmas Story, in 1959. She went on to author or co-author 13 other books, including Footprints of a Pilgrim and collections of poetry. In 1996, she and her husband were jointly awarded the Congressional Gold Medal. She helped establish the Ruth and Billy Graham Children's Health Center Foundation and the Billy Graham Training Center. She died on June 14, 2007 following a long illness. 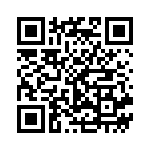