The Moscow trials form the pivot around which this interpretation of the spirit and logic of the Russian Revolution is built. As an interpretation it is brilliantly handled; as a novel it is almost ... Read full review

As I read this I felt engulfed in the miasma of experiencing what it must have been like to be at the end of the line. Knowing the inevitabilty of the outcome, the interrogation seemed like a exercise ... Read full review

Arthur Koestler was born in Budapest in 1905. He attended the university of Vienna before working as a foreign correspondent in the Middle East, Berlin and Paris. For six years he was an active member of the Communist Party, and was captured by Franco in the Spanish Civil War. In 1940 he came to England. He wrote The Gladiators in Hungarian, Darkness at Noon in German, and Arrival and Departure in English. He set up the Arthur Koestler Award (now the Koestler Trust) which awards prizes for creative achievements to prisoners, detainees and patients in special hospitals. He died in 1983 by suicide, having frequently expressed a belief in the right to euthanasia. 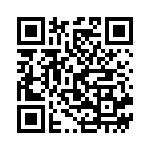