While he is best known as a writer of short stories, Hugh Hood's fourth novel, You Can't Get There from Here (1972), exhibits his usual skill at characterization, and a concern with descriptive prose, dialogue, and ironic humor. Hood's humor features universal themes and a strong moral tone, the latter being a product of the author's Roman Catholic sensibility. You Can't Get There from Here is a satirical look at multinational corporations and philanthropists who descend on third world countries. His several collections of short stories include August Nights, Flying a Red Kite (1962), and None Genuine without This Signature. The subject matter of these stories "shapes a chronicle of our age," and their "didactic impulse" and "moral vision" reflect what Hood himself calls "the primal guarantee of the actual, the authentic certificate of its existence which God provides, the signature in the heart of the existent." The first volume in Hood's proposed cycle of 12 novels appeared in 1975: The Swing in the Garden. It was followed by: A New Athens (1977), Reservoir Ravine (1979), Black and White Keys (1982), The Scenic Art (1984), The Motor Boys in Ottawa (1986), and Tony's Book (1988). Under the collective title of The New Age, these novels trace through a character named Matthew Goderich the connected histories of a man and a family from 1880 to 2000. Hood was born in Toronto and received his B.A., M.A., and Ph.D. from the University. He has taught at the University of Montreal. 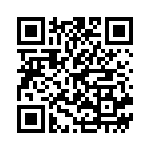