Raised in a book-filled Toronto home, Donald Creighton acquired an all-consuming taste for literature. After studying both literature and history at the University of Toronto, he pursued graduate work in European history at Oxford University. In 1927 he joined the University of Toronto faculty and soon came under the influence of Harold Innis. Abandoning European history, he devoted most of his life to an amplification of the Laurentian-St. Lawrence River-based interpretation of Canadian history. By the 1960s, Creighton came to be considered Canada's foremost historian by many. His scholarship can be divided roughly into two phases. During the first phase, he focused on the creative role of the post-Conquest Montreal English-speaking merchant community that erected a transcontinental economy along the St. Lawrence river basin. His 1937 work, The Commercial Empire of the St. Lawrence, has been compared to a theatrical performance. In the first act, the merchants take over the French fur trade but are thwarted by the American Revolution. In the second act, they reconstruct a staples trading system based on lumber and wheat, only to be frustrated by internal political disturbances. During the third act, these conflicts explode into a shortsighted farmers' rebellion that dooms the merchants' vision. Early in the second phase of his scholarship, Creighton produced a magisterial biography of the first prime minister of Canada, John A. Macdonald. Told from the subject's perspective, it is the story of a man who triumphed over a succession of personal and political obstacles. During the remainder of his career, Creighton, celebrated for the elaboration of the Laurentian interpretation, focused intently on the enemies of the Laurentian vision. 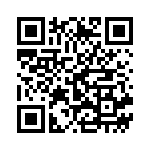