Page 101
Notwithstanding a large number of patients, when received, were far advanced in
physical decay, the percentage of deaths from all causes was but 7 per cent. The
mortality rate of patients coming from the States was 4.8 per cent, while those ...
Page 656
By Capt. Freeman. NEEDS OF THE HOSPITAL The appropriations
recommended for the fiscal year ending June 30, 1918, are as follows : During
the past year there have been admitted to the institution 815 patients, which is
159 ...
Page 701
PATIENTS. There were' 180 patients in the hospital at the beginning of the year,
and 3,491, including 281 births, were admitted^ into the hospital during the year,
making a total of 3,671 indoor patients receiving treatment and care, as against ... 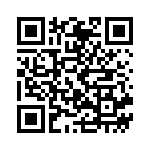