Roald (pronounced "Roo-aal") was born in Llandaff, South Wales. He had a relatively uneventful childhood and was educated at Repton School. During World War II he served as a fighter pilot and for a time was stationed in Washington, D.C.. Prompted by an interviewer, he turned an account of one of his war experiences into a short story that was accepted by the Saturday Evening Post, which were eventually collected in Over to You (1946). Dahl's stories are often described as horror tales or fantasies, but neither description does them justice. He has the ability to treat the horrible and ghastly with a light touch, sometimes even with a humorous one. His tales never become merely shocking or gruesome. His purpose is not to shock but to entertain, and much of the entertainment comes from the unusual twists in his plots, rather than from grizzly details. Dahl has also become famous as a writer of children's stories. In some circles, these works have cased great controversy. Critics have charged that Dahl's work is anti-Semitic and degrades women. Nevertheless, his work continues to be read: Charlie and Chocolate Factory (1964) was made into a successful movie, and his books of rhymes for children continue to be very popular.

Award-winning illustrator and children's author, Quentin Blake was born in 1932. His first drawings were published in "Punch" when he was 16. He has illustrated almost 300 titles some in collaboration with famous writers such as Russell Hoban, John Yeoman and Roald Dahl. He is the creator of characters such as Mister Magnolia and Mrs. Armitage. His works have earned him numerous awards including the Whitbread Award, the Kate Greenaway Medal, the Emil/Kurt Maschler Award, the Bologna Ragazzi Prize, and in 2002 the Hans Christian Andersen Award for Illustration. In 1999, he was selected as the First Children's Laureate. 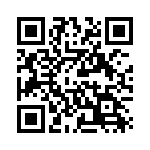