Hamlet shouldn't need a synopsis, as most Western readers have been exposed to the story in some form or other. Although, honestly, people might be more familiar with some of its most memorable quotes ... Read full review

I bought this for my daughters AP Lit class. The Norton edition was the one recommended by her teacher. She liked having Kenneth Branagh on the cover too. Read full review

Turner is Professor of English at the University of Wisconsin-Milwaukee.

Hammersmith is Associate Professor of English at Auburn University.

David Bevington is Professor Emeritus at the University of Chicago. His recent publications include "Shakespeare: The Seven Ages of Human Experience" (second edition, 2005) and "Shakespeare: Script, Stage, Screen" (with Anne Marie Welsh and Michael L. Greenwald, 2006). He has also edited the Bantam Shakespeare in 29 volumes (currently being reedited), "The Complete Works of Shakespeare" (fifth edition, 2003), and a number of individual Shakespeare plays including "Antony and Cleopatra," "Henry IV, Part I," and "Troilus and Cressida,

Papp, one of the most important forces in theater today, is the founder and producer of the new York Shakespeare Festival. 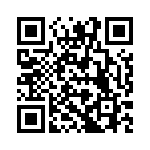