Austrian-born Rudolf Steiner was a noted Goethe (see Vol. 2) scholar and private student of the occult who became involved with Theosophy in Germany in 1902, when he met Annie Besant (1847--1933), a devoted follower of Madame Helena P. Blavatsky (1831--1891). In 1912 he broke with the Theosophists because of what he regarded as their oriental bias and established a system of his own, which he called Anthroposophy (anthro meaning "man"; sophia sophia meaning "wisdom"), a "spiritual science" he hoped would restore humanism to a materialistic world. In 1923 he set up headquarters for the Society of Anthroposophy in New York City. Steiner believed that human beings had evolved to the point where material existence had obscured spiritual capacities and that Christ had come to reverse that trend and to inaugurate an age of spiritual reintegration. He advocated that education, art, agriculture, and science be based on spiritual principles and infused with the psychic powers he believed were latent in everyone. The world center of the Anhthroposophical Society today is in Dornach, Switzerland, in a building designed by Steiner. The nonproselytizing society is noted for its schools.

MARTINA MARIA SAM was born in 1960 in Hornbach, Odenwald, Germany. From 1979 to 1981, she studied sociology and political science at the University of Heidelberg. Between 1981 and 1986, she attended the Institute for Waldorf education, Witten-Annen, where she studied eurythmy and education. From 1987 to 1992, she was a eurythmist on the Goetheanum stage, while also working for various publishers. From 1989 to 2000, she assisted in the publication of Rudolf Steiner's collected works. Meanwhile, she also studied art history, German, and history at the University of Basel, where she wrote her Master's thesis on Rudolf Steiner's blackboard drawings (Dornach, 2000). From 1996 to 1998 she was editor of the weekly newspaper, Das Goetheanum. In January 2000, Martina Maria Sam became leader of the the Literary Arts and Humanities Section of the School for Spiritual Science at the Goetheanum. 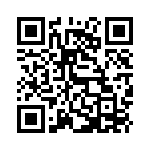