Page 259
the last decade, their value still constitutes less than 15 per cent of the aid that
flows from industrialized countries to underdeveloped regions. Of the bilateral
programs, only the major powers are able to use foreign aid as an effective ...
Page 262
On the other hand, all aid policies and commitments do not have an immediate or
exclusive political or security objective. ... From the French and British
perspectives, foreign aid programs are also regarded as a continuing
commitment to ...
Page 270
Nelson, Joan M., Aid, Influence and Foreign Policy. New York: The Mac- millan
Company, 1968. Packenham, Robert A., "Political-Development Doctrines in the
American Foreign Aid Program," World Politics, 18 (1966), 194-235. Pryor ... 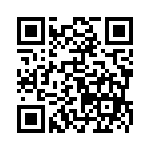