Ford, the second son of a landed gentleman, did not begin his career as a playwright until 1621, with his collaboration with Dekker on The Witch of Edmonton. As a dramatist, Ford was extremely interested in psychology, especially abnormal psychology, and his best-known plays are studies in frustration and quiet suffering. His plots tend to be static and deterministic, with the characters unable to act against a crushing destiny. In The Broken Heart (1629), because all the crucial events are fixed before the play begins, there is a heavy emphasis on pathos. 'Tis Pity She's a Whore (1632) rewrites Romeo and Juliet with brother-sister incest and a violent revenge action. Perkin Warbeck (1633) is the last of the history plays. In it, the pretender to the throne of Henry VII hardly makes much pretense to establish his legitimate claims. Ford writes in an unusually plain, lyric style that resembles that of passionate and melancholy speech. 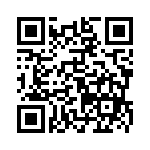