William R. Freudenburg was Dehlsen Professor of Environmental Studies at the University of California, Santa Barbara (UCSB), at the time of his death in 2010. He studied at the University of Nebraska, his native state, and at Yale University, earning a Ph.D. there in 1979. He held professorships at Washington State University and the University of Wisconsin before arriving in UCSB in 2002. Bill pursued scholarly interests in risk analysis and rural sociology, and he served as president of the Rural Sociology Society. A popular and devoted teacher, Bill was co-founder of the Association for Environmental Studies and Sciences. He was a prolific author, most recently as coauthor of two studies of the Gulf of Mexico coast, Catastrophe in the Making: The Engineering of Katrina and the Disasters of Tomorrow (Island Press, 2009) and Blowout in the Gulf: The BP Oil Spill Disaster and the Future of Energy in America (MIT Press, 2010). 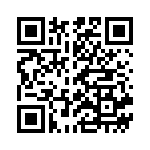