Alofonso Reyes offers nothing as to the ideas, reaccionary for sure, of Quevedo.Maybe he doesn't feel that to be important for a bibliographer and arranger of manuscripts in what seems to be the Otis Green, Hispanic Review, Franophile tradition. Missing is the conflict of Spain's Golden Age with Quevedo the wannabe spokesperson of the right wing. o stars 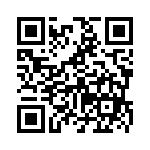